If You're a Little Crazy, You're Good...

After a hectic work week, it’s easy to feel a little loopy. But how about a little crazy, as coined by Jim Metcalf (see quote below)? 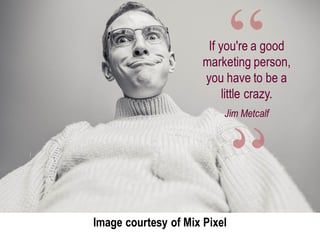 As marketers, we’re inherently split in multiple directions. We’re natural dichotomies. We work quickly but with precision. We work strategically and hands on. We work collaboratively and independently. But most importantly—we’re creative with an inherent drive for results.

This natural inclination to bend the rules just enough within structured environments, and think outside of unorthodox confines in order to get results is, in fact, what makes us marketers. So in this instance, “a little crazy”, , seems oddly appropriate.

In celebration of our sensible insanity, here are some viral marketing videos that truly accentuate our eccentricity.

I laugh and shudder as I watch this video. The marketing geniuses behind the remake of 'Carrie' had to have had the same conflicting feelings as they set-up hidden cameras to capture the reactions of unsuspecting customers at a New York City coffee shop who witnessed a staged telekinetic event. Marry caffeine consumption and a live paranormal experience and you get pure brilliant insanity.

Who could forget when Felix Baumgartner ascended more than 24 miles above Earth's surface to the edge of space in a stratospheric balloon. He broke the speed of sound in a freefall back to Earth, and Go Pro and Red Bull reached millions of viewers through a point-of-view 8-minute video. Records broken. Goals met. Crazy genius.

With the release of their LG IPS Monitors, LP punched it up a notch by turning common elevators into formidable optical illusions. Tauting their monitors as lifelike viewing experiences, LG put that statement to the test by replacing elevators floors with massive IPS screens. The reactions were priceless and the results were "groundbreaking" (I just couldn't pass that one up).

Its probably not the first, or last, time Jean-Claude Van Damme performed a stunt like this but it's definitely a novelty in terms of commercial genius. In this video, Jean-Claude Van Damme carries out his famous split between two reversing trucks, clearly demonstrating the seamlessness of their handling performance.

In this emotionally groundbreaking video, Coca-Cola annihiates barriers between India and Pakistan. Demonstrating that simple collaborations can bring anyone together, Coca Cola created the "Small World Machine" initiative. Through the initiative, people from India and Pakistan could only access cokes from the machine by completing a very special task—by virtually touching hands. Epic heart-tugging oddity.

Looking to bring a little crazy to your content marketing game plan? Contact us today or sign up for our pay-as-you-go marketing support hours and we can create your game plan in two weeks! 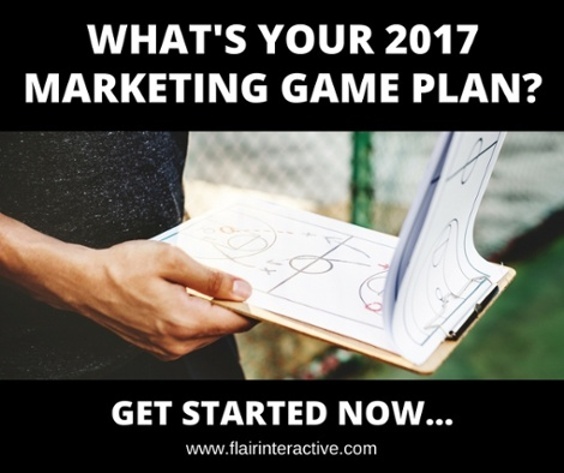 The JUMP START blog and JUMP START products are brought to you by Flair Interactive Services Inc. Learn more about Flair.